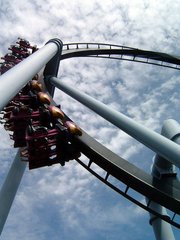 Orlando, Florida: Amusement Parks offer lots of excitement and entertainment for the young and old alike. However, not everyone can handle the thrill that comes from rides that pump an overdose of adrenaline into fragile hearts and minds. Though amusement parks post warning signs for certain rides, not all visitors can understand what they say. Such was the case for a 38-year old man that suffered a fatal heart-attack while aboard the “Skull Island: Reign of Kong” ride at Universal Studios in Orlando. Apparently, neither the man nor his family, all visiting from Guatemala, did not speak or read English, thus failing to catch the gist of the warning sign posting the dangers for those with heart conditions. The deceased man’s family later filed a wrongful death lawsuit on the grounds that Universal acted negligently by not posting warning signs in Spanish, as well as in other foreign languages. A spokesman for Universal refused to comment on the subject regardless of the fact that Universal is quite aware of the vast number of foreigners that visit the amusement park on a daily basis. In the meantime, the personal injury lawyer representing the man’s family stated that not having warning signs posted in other languages other than English is unreasonable, especially after Orlando ranked at the top as one of the USA’s most popular destinations last year. Though it’s hard to determine exactly how many theme park visitors lack basic knowledge of the English language, local figures reveal that some 6.1 million of the 72 million Orlando visitors come from abroad. With these whopping numbers, it’s hard to believe that Universal hasn’t contemplated posting signs in other languages; or at least Spanish for that matter. According to Premises Liability laws, business operators owe a duty to notify individuals of any possible dangers that visitors may incur. Thus, any failure to provide clearly posted warnings could result in a Premises Liability claim based on negligence on behalf of the business owner or operator. Rides such as the one that led to the death of the 38-year-old man from Guatemala, who had a previous heart condition, usually read “Warning! This ride is an expedition through the rough terrain of King Kong’s natural habitat. The movement of the truck is dynamic with sudden accelerations, dramatic tilting and jarring actions.” Thus, individuals with past or present heart conditions,  irregular blood pressure, spinal cord problems, or pregnant women, should refrain from going on the ride. Sadly, neither the man nor any member of his family took notice of the sign, and if so, they failed to notice the captions accompanying the printed text warning. Apparently, the man had complained about feeling nauseous after getting off the ride and sat down for a while as his wife and son boarded another ride. By the time they got back, the victim had passed out and later died at a local hospital. The lawsuit presented by the family’s lawyer also holds the Universal responsible for the tardiness in providing medical attention by the park operators. 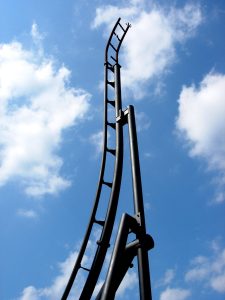 If you, a friend or relative has been hurt in an amusement park, or has suffered damages or losses as a result of negligence or a mechanical flaw while on or around a ride, Perazzo Law urges accident victims to contact their Miami Law Office ONLINE for a FREE consultation.