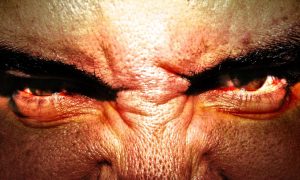 Road rage is a mental condition that affects more and more motorists everyday. With staggering and record inflation, growing unemployment, and uncertainty about the direction of the country, it’s easy for Florida motorists to feel like ticking timebombs. According to published figures and stats by national highway authorities, raged drivers were involved in over 50% of the reported fatal motor vehicle accidents occurring of U.S. roadways.

Acts of road rage can be described as aggressive and violent behaviors when operating a motor vehicle. These can include any of the following:

Any of the above aggressive acts of behavior can lead to a road rage incident that ends in an accident that results in personal injury and losses to other drivers or passengers.

What to do after an accident that results from Road Rage?

All traffic accidents should be treated in the same manner, regardless of whether the crash is minor or severe.

Two woman were charged with aggravated battery after beating the crap out of two other women waiting at a quiet Florida intersection. The one-sided brawl took place at a traffic light when an argument led to the woman in the passenger seat getting beaten repeatedly with a baton by the passenger of the car behind them. Meanwhile, the driver of the car at the traffic light, in a failed attempt to calm things down, was met by approximately 15 thunderous uppercuts to the head before she dropped to the ground badly injured. Fortunately for the two women on the receiving end of this vicious beating, a bystander intervened before they were pummeled any further.

Road Rage on the Palmetto

Images captured by a motorist driving along on the Palmetto Expressway shows that road rage does not necessarily only involve physical aggression. As seen in this video, cutting other drivers off or even crashing into them is considered road rage. This can lead to criminal charges and insurance claims. Seek the professional advice of an experienced and dedicated personal injury lawyer if involved in a road rage incident.

If you, a family member, or loved one has suffered Personal Injury as a result of road-rage or any aggravated attack by another individual, the Perazzo Law Firm urges you to Contact Us Online or Call (786) LAWS 411 to receive your Free initial consultation.

THE PERAZZO LAW FIRM – DEDICATED TO PUTTING YOUR INTERESTS FIRST