Virginia Keys, Miami: Organizers of the Ultra Music Festival are scrambling to avoid a repeat of the pedestrian mayhem that developed over the Rickenbacker Causeway last night just after midnight. Despite having over two hundred buses revved and ready to take festival goers from Marine Stadium to the Miami mainland, organizers where not expecting an early exodus. With some 50,000 ticket holders expected to attend the music festival this weekend, transportation and safety area major concern for organizers and visitors alike. In an attempt to avoid early morning pedestrian and bus chaos, Ultra organizers aim to improve communication and sign posting to steer visitors in the right direction and towards the buses that will take them to one of three drop-off points. According to former police chief Ray Martinez, special bus lanes are supposed to drive festival goers over the William Powell Bridge, which connects Miami to the Virginia Keys. While Ultra apologized to fans of the Friday night logistics fiasco via Twitter, it is hoping to regain their confidence when it comes to their safety, which took a nose dive last night when fireworks caused a tree to catch on fire. Though the evening’s mild weather made for a tantalizing stroll over the bridge, it raised concern over the safety of weary festival goers and the potential risks that come with massive crowds. Furthermore, the large number of ticket holders when combined with the woes of getting over the bridge, helps fuel the hiring of illegal boat charters, which depart near American Airlines Arena and Miami Marine Stadium. For those attending the Ultra Electornic Music Festival, Perazzo Law recommends thinking twice about boarding shady boats and make sure you wear comfortable shoes.

END_OF_DOCUMENT_TOKEN_TO_BE_REPLACED

FLORIDA: Chartering a boat and taking to an ocean journey for a festive gathering can make for a memorable Miami moment. However, hiring a boat is different than hiring an Uber or renting a car, and when people fail to tell the difference, a boat ride can end tragically or simply go bust. Such was the case in Biscayne Bay this past Sunday when a 45-foot yacht called “Sea You Twerk’ was pulled over by the U.S. Coast Guard and held for violation of boating safety regulations. Unfortunately for the boat operators and the 14 passengers on board, the trip was cut short after the Coast Guard verified no licensed captain on board and no certificate of vessel inspection.  This latest incident is just one in a string of cases where unsuspecting people charter boats that may not meet with safety operating standards. The Coast Guard warns people to take caution when chartering a boat, or any water vessel for that matter, by making sure the operators meet all safety standards. 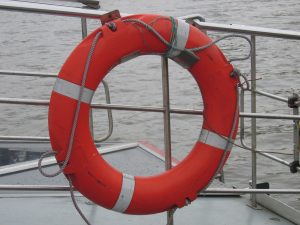 The best way to steer clear of serious injury from a boating accident is to be familiar with the rules and regulations pertinent to boat owners and operators. There are specific rules governing the command or usage of boats and water vessels according to the location and even the time of year. There are also laws regulating the type and amount of safety equipment that must be on board, such as long range communications equipment and life vests. In addition, there are laws limiting the amount of alcohol a boat operator may consume without running the risk of being charged with boating under the influence. Florida law requires that individuals under the age of 21 must take an approved boating safety course and be awarded a boating safety ID card to operate a boat with 10 horsepower or more. They must also carry the ID card and a photo ID issued by the Florida Fish and Wildlife Conservation Commission.

END_OF_DOCUMENT_TOKEN_TO_BE_REPLACED

THE BAHAMAS: Fire swept through the Princess Cays Resort this past Monday night and struck panic among hotel staff and local residents. With an average of five Princess and Carnival cruise ships docking every week at the south port of Eleuthera Island in the Bahamas, yellow and red flames lit-up the night sky alongside beach chairs and umbrellas. Luckily, local firefighters and local staff were able to get the fire under control in just over an over. Princess Cruises reported no injuries and thanks to no passenger ships docking that day, there were no guests at the resort. Unfortunately, the flames were enough to damage several buildings across the 40 acres of land owned by the Princess Cruises Company, which last year renovated the Princess Cays Resort and added a marina.  The cruise ship Carnival Pride, along with its 2500+ passengers, was scheduled to arrive but had to set a new course for Half Moon Cay because of the damage the fire left behind at Princess Cays. It is still uncertain what led the blaze at the Bahamas resort.

END_OF_DOCUMENT_TOKEN_TO_BE_REPLACED 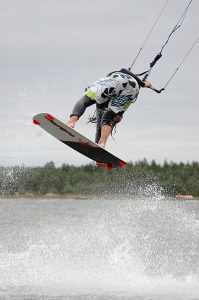 Miami Beach: As if rip currents, stingrays and jellyfish weren’t enough for swimmers and beachgoers in Miami to worry about, kiteboarders are adding addition concern to sunbathers and folks out for a coastline stroll. Today, swimmers, sunbathers, and pedestrians face an array of dangers that make being in or out of the water a target for personal injury. Speed boats, jet skis, surfers, and now kiteboarders, are placing bathers at risk of being hurt and even killed due to negligent water sports enthusiasts. Kiteboarding has become the most recent water sport to take hold of Miami Beach, with local residents and swimmers raising a ruckus because of the harmful threat that negligent kiteboarders are causing to beachgoers. Despite a failed attempt to put a ban on the sport in certain areas of Miami, the city council will debate this Wednesday a new set of rules to regulate kiteboarding and safeguard the well-being of beachgoers and swimmers in Miami. City commissioners will determine whether or not to prohibit kiteboarders from taking to the waves along certain parts of the Miami coastline. The new regulations will compel kiteboarders to apply for a permit that bears a Level 3 certification, which is granted by the IKQ (International Kiteboarding Organization). In order to qualify for level 3 status, kiteboarders would have to take eight hours of kiteboarding lessons under experienced kiteboarders and experts.

END_OF_DOCUMENT_TOKEN_TO_BE_REPLACED 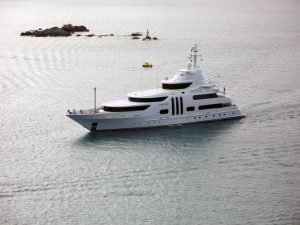 Biscayne Bay: What happens when you put a drunk, coke snorting, wanna-be captain at the helm of a 91-foot yacht? Tragedy strikes.

On April 1st, a 25-year old passenger was killed while swimming behind a privately owned yacht.  The victim was struck by the yacht’s propeller after a non-licensed captain made a crucial navigational mistake. This past Monday, the supposed captain pleaded guilty to wrongful death due to negligence while commandeering a water vessel. Regardless of the fact that the person at the helm is primarily responsible for the wrongful death incident, the person that chartered the yacht is partially to blame since the accident would have never happened if the service had not been advertised as a ‘unique charter experience’.  Both parties face wrongful death and negligence charges as the yacht owner was aware that the vessel was not insured for charters and the operator was not licensed to charter passengers. Furthermore, cell phone video footage shows the alleged captain snorting cocaine and drinking while cruising round Miami before taking the helm of the 91-foot yacht, which was dirty and revealed an evident lack of maintenance. The captain anchored the yacht at Monument Island as two of the four passengers decided to go for a swim and eventually drifted towards the rear of the yacht. Without warning or regard for navigational safety measures when leaving an island, the captain put the yacht in reverse as the propellers pulled the victim in, causing fatal injuries which brought the pleasure voyage to a tragic end.

END_OF_DOCUMENT_TOKEN_TO_BE_REPLACED 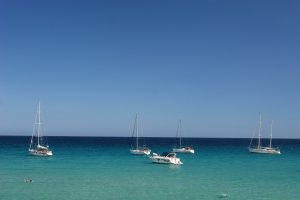 Friday Night: A search and rescue operation got underway when a man was able to swim to shore after the boat he was on began to sink. The Coast Guard, the Miami Fire Department, the Florida Fish and Wildlife Commission, and Miami-Dade Police responded to the distress call quickly after it came in a little after 10 p.m. Apparently, the boat the men were sailing in sprung a leak, and three men had to abandon ship. One of the men was able to make it back to shore while the other two were set adrift along the ocean current. Fortunately, the Coast Guard was able to locate and rescue one of the two men in Biscayne Bay, while the other man was rescued by the Miami Fire Rescue Unit after spending an hour in the water. The latter experienced cardiac arrest but is reported to be in good condition despite his life-threatening ordeal at sea. Both men suffered no serious injuries and were taken to hospital for examination. The cause of the accident remains to be determined. According to official statistic reports, there were 2,629 boating accident related injuries in the USA in 2017, with 658 reported fatalities. Miami boating mishaps may usually involve inexperienced boat operators at the helm while under the influence of alcohol or narcotics. First and foremost, boaters or anyone on a boat, must know that lifejackets save lives. Sadly, 80% of boat related fatalities are the result of drowning; lifejackets prevent people from drowning. Sailing at night requires special added care. Inexperienced boaters have the misconception that spotlights work just like headlights at night. However, headlights are practically useless at sea cause boats may approach another vessel from any direction as boating is a three dimensional navigational activity. Furthermore, headlights create shadows that can disorient those at the helm, and boats can’t just hit the brakes either. It takes a lot more time to stop a boat or quickly swerve to dodge a boat that appears out of the blue over a breaking wave.