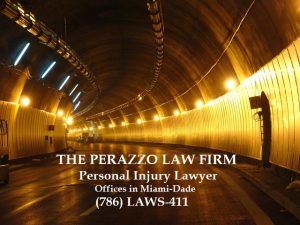 TUNNELS UNDER MIAMI AND FT. LAUDERDALE?

Elon Musk and South Florida government leaders have commenced talks for the possible construction of a series of underground tunnels running through Miami and Fort Lauderdale with hopes of providing better quality transit services to commuters, ease the traffic strain on motorists, and lower car accidents.

Earlier this week, Miami Mayor Francis Suarez met with Steve Davis, the president of Musk’s transit group, The Boring Co., to discuss the possible construction of tunnels under Miami-Dade and Broward County.

Meanwhile, the Mayor of Fort Lauderdale, Mayor Dean Trantalis, has expressed interest in building an underground tunnel to run below the New River to help cope with the commuter rail service in Broward County.

On January 18th, Elon Musk, founder and main shareholder of the Boring Company, tweeted interest in helping to make Miami less stressing for motorists and better for commuters by addressing the city’s transportation troubles.

“Cars & trucks stuck in traffic generate megatons of toxic gases & particulate, but @boringcompany road tunnels under Miami would solve traffic & be an example to the world.”

Most Miami commuter, motorists, and residents will agree that traffic congestion and the transit system need an immediate overhaul to ease the burden and reduce transit related accidents throughout Miami-Dade and Broward County.

But how much will it cost to build tunnels under Miami and Fort Lauderdale?

According to Suarez in an interview with a local Miami news agency, the plan to build tunnels under Miami and Ft. Lauderdale is still in the preliminary stages as talks with Davis have just begun. Both seem to agree, however, that Boring could prompt Miami-Dade to kickstart its long overdue SMART PLAN. But what will a project such as building tunnels cost? Roughly, some $10 million dollars per finished mile of tunnel, which bears a much cheaper price tag than building the South Dade busway, which would run some $30 million dollars a mile.

Musk is expected to meet with Suarez some time soon to further discuss the possibility of tunnels running below South Florida. The Miami-Dade and Broward County tunnel project is a very viable option as opposed to other transit improvement proposed by city officials.

Why does public transit need improvement?

Traffic accidents in Miami-Dade and Broward are on the rise. Negligence behind the wheel and distracted, reckless motorists have to place amid transit services. Thus, bus lanes and tunnels represent a logical solution to reduce the number of injured drivers, passengers, and other third-party victims of traffic accident in South Florida.

Not necessarily does a City Transit bus have to run into another car or run somebody over to be on the receiving end of a personal injury claim for compensation. On many occasions, buses lose control for reasons other than human error and crash into buildings, houses, or shops. When this happens, the property damage entailed due to the negligence on behalf of a bus company and/or the recklessness of the bus operator can be devastating.  Nevertheless, bus companies and/or operators aren’t always to blame for injuries or property damage from bus related accidents. In one of the most recent bus related accidents in Miami involving property damage, a northbound Miami-Dade County transit bus drove straight into a corner design boutique shop after it crashed into a truck that had run a red light at a busy Miami-Dade intersection. The bus spent five days lodged within the Little Haiti corner shop, with the impact of the crash having a devastating structural effect on the stability of the 92-year-old building, which sadly, will need to be demolished. To make matters worse for the property owner, neither did he nor the driver of the pickup truck that blew the red light which caused the accident have any sort of insurance to protect them from personal injury or property damage.  Public buses are operated by the City and have strict rules regarding compensation for personal injuries and property damage. In this particular case and according to a spokesperson for the City Transit Authority, it seems that the city will not be granting the property owner any compensation for the damage to the property by the bus. In fact, the city presented a demolition notice upon the crashed bus’s removal from the shop a few days ago. Apparently, the bus impact and its arduous removal led to destabilizing the building’s support columns and compromising the entire structure, according to Miami Fire Rescue teams, who added that the building was in danger of collapsing if structural support wasn’t added immediately.  Sadly for the owner, who’s owned the property since 1988, the entire building is set to be demolished in October to prevent any further risk of property damage or personal injury. The question is; Does the property any right to claims for property damage or loss as a result of the accident that led to a bus crashing into the shop and the building now on route to be brought to the ground? For the answer to this question, contact the Perazzo Law Firm ONLINE or visit the Homepage to chat with one of our expert Personal Injury attorneys.

When do you need a Personal Injury Lawyer following an accident in Miami?

See WHEN AND WHY DO YOU NEED A LAWYER AFTER AN ACCIDENT.

THE PERAZZO LAW FIRM – DEDICATED TO PUTTING YOUR INTERESTS FIRST