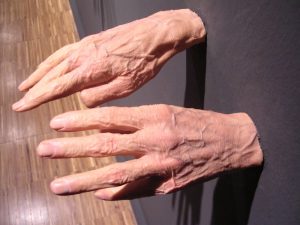 KEEP YOUR HANDS OFF MY FOOD!

MIAMI-DADE. A recent string of inspections led by the Department of Agriculture found that a total of 15 food outlets, distributors, and warehouses across Miami-Dade were in direct violation of health safety standards and proper hygiene implementation. The health inspectors reported violations that range from no hot water in bathroom sinks, to a potpourri of animal feces sprinkled over packed consumer goods. In most of the cases, the major risk to consumers comes from the lack of personal hygiene by workers handling food, since the inspectors found that many food handlers failed to wash their hands properly, either from personal negligence or lack of resources such as hot water, soap, or paper towels. Reports also state that kitchen staff could be seen rubbing their noses and touching their faces while handling food. Spoiled or rotten goods were also reported to have been found as well as meat slicers bearing remnants of leftover food particles along the blades, trays, and other parts. In accordance with proper health safety measures, meat slicers must be thoroughly cleaned and sanitized regularly to prevent disease through bacteria build-up. When it comes to washing dishes and utensils used in food preparation, the absence of hot water can many times result in poorly sanitized foodware. Thus was the case in several popular Miami-Dade food establishments according to the official inspection reports.

Another grave finding by the Department of Agriculture inspectors was the manner in which some of these establishments were storing perishable foods such as bread, lunch meats, cheese, and more. Foods such as cheese and meats need to be kept refrigerated at proper temperatures to prevent spoiling and growth of bacteria. In the United States, raw meat accounts for up to 33 million cases of food poisoning and some 9000 fatalities from microbial pathogens. Handling raw meat can quickly cause consumers to fall ill and even die, according to scientific evidence. The same holds true for other meats such as pork, chicken, fish and poorly washed vegetables. Cold storage facilities such as meat lockers need to have proper ventilation to prevent the build-up of mold. In some establishment, the absence of air blowers were detected, which is in direct violation of food safety standards.

One of the most dreadful findings for the inspectors was the lack of pest control at some of the establishments, where they encountered rodents playing peek-a-boo along with trails of droppings on packages and floors. To remediate this, the establishments in question must completely clear-out their storage areas and hire professional pest control services to conduct thorough disinfection and rid all facilities of rats, lizards, roaches, and any other pests that can lead to disease among customers and consumers. Though some of the violations were Corrected on Site (COS), some of the establishments have been given deadlines to revert these dreadful hazardous health findings. Failure to do so will result in Stop Use citations, which may close down establishments temporarily to prevent potential consumer health hazards.

Food poisoning basically stems from the consumption of foods that have been contaminated with germs and bacteria. This usually happens WHEN:

Food Poisoning is caused through infection from bacteria with the most common being:

These Bacteria can be deadly if not treated in time and accordingly by a healthcare specialist.

Food poisoning can be easily detected and usually entail the following symptoms:

In the event of the latter three symptoms or if any of them persist, Perazzo Law recommends seeking professional medical attention to rule out any life-threatening risks and to keep an official medical report in the event a food poisoning personal injury claim is pursued. A blood test or stool cultures should be carried out to detect the presence of any of the 250 kinds of bacteria, viruses of parasites that can cause food poisoning. Though most food poisoning illnesses usually go away in about a week’s time, more serious cases can lead to death if not treated properly. Again, Perazzo Law advises individuals to see a doctor if they feel that have consumed bad food.

FOOD POISONING AND THE LAW

If you, a friend or relative believes to have fallen victim to food poisoning from consuming food at a restaurant or from purchasing bad food at a market, Perazzo Law urges Miami-Dade residents to contact the Firm’s Miami or North Miami Beach office ONLINE for a FREE consultation to discuss a possible food poisoning claim for compensation.