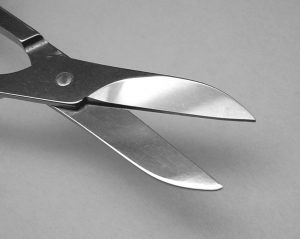 Tallahassee, Florida: In a case that includes aggravated assault together with severe personal injury, a jealous ex-boyfriend took matters into his own hands when he decided to do a little pruning job on his ex-girlfriend’s new boyfriend’s penis. According to newspaper and police reports, the jealous ex-boyfriend attacked his ex-lover’s 26-year-old boyfriend with a tire iron, carved initials into his leg and proceeded to top-off the beating by cutting off the man’s penis. The man then fled the scene only to leave the helpless and injured victim in agonizing pain as he watched his genitals get flung over a fence by his jealous attacker. The victim, apart from suffering severe personal injury after having his penis severed, was admitted to hospital after a passerby notified the authorities. The victim is recovering but is reported to have suffered permanent brain injury, as well as irreparable mental trauma as a result of being beaten on the head with the tire iron and having his penis severed. Cases involving personal injury of this type are considered criminal offenses and not only hold the perpetrator subject to jail time if found guilty, but also liable for the medical costs, lost wages, and compensation for any permanent injuries that require extended rehabilitation or modifications to the victims quality of life. The perpetrator in this case was released on a $1 million bond while awaiting a trial date to determine the legal consequences for his crime of passion.

If you, a loved one, or family member has suffered personal injury from aggravated assault or from a violent attack in a public or private establishment, the Personal Injury Attorneys at the Perazzo Law Firm are willing and dedicated to reviewing the case to determine if there is a reasonable compensation claim to cover medical bills, lost wages, or mental trauma. Contact our Miami or North Miami Beach offices ONLINE or CALL (786) LAWS-411 for a FREE initial consultation.