Humans Beware – We are Animals 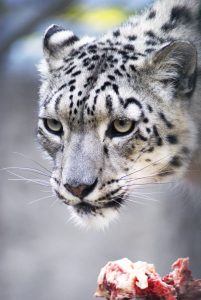 Jungle Island, Miami. Though some wild animals can be trained to live and dwell alongside humans, this does not necessarily mean they are harmless. In a recent incident involving a wild animal, an orangutan held in captivity and showcased at the Jungle Island Theme Park in Miami, attacked and injured a volunteer worker this past Wednesday afternoon. Though the injuries sustained by the worker were not life threatening, the incident raises awareness as to the risks that employees that work with animals, be they domestic or wild, must face on a regular basis.  According to Jungle Island officials, the emergency response team and primate keepers were able to respond quickly to the attack. Miami Fire Rescue units were also called to attend to the incident as the rescue captain stated that the worker, a female volunteer, was taken to a local hospital. The park, originally called Parrot Jungle reopened after undergoing major improvements as it was devastated by the fury of Hurricane Irma. The park features wild animals which include large felines such as Hercules, a 900-pound Liger, (a cross between a lion and a tiger) as well as other wild animals like snakes, kangaroos, and vultures, which can be dangerous to visitors and workers alike. The incident, which is being investigated, places emphasis on the safety of workers that deal with wild animals for the amusement of humans. 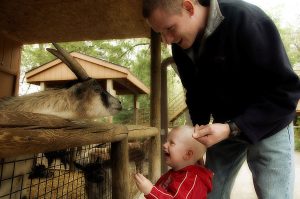 Though rare, zoos and theme Parks housing wild animals are no strangers to workers and visitors being attacked and sometimes killed by their hosts. Around the world, incidents involving wild animals make the headlines and most often end in tragedy. In 2016, at the Badaling Wildlife World Animal Park in Beijing, a Siberian tiger mauled a man to death and left another visitor disabled. Though the disabled woman sued the park for $305,500, her life will never be the same. Zookeepers and animal trainers run the risk of being attacked by wild animals all the time.

In a recent incident at the Mogo Zoo in Australia, a rhino gored a female keeper. Fortunately, her injuries were not life threatening. SeaWorld was the venue for perhaps one of the most horrific animal attacks when an instructor was pulled under water and flung in circles by a killer whale. The female trainer died of repeated blows to the head and torso as part of her scalp was torn from her head. These accounts are just a few of the many isolated incidents involving wild animal attacks that take place at zoos and theme parks that have animals as their main attractions.

Accidents that take place at zoos or theme parks fall under Premises Liability Law, which holds business operators and/or owners legally liable for injuries or damages sustained by visitors.

The Perazzo Law Firm urges victims of animal attacks that take place at zoos or theme parks, to contact their Miami or North Miami Beach law offices ONLINE for a Free consultation to discuss their claims for compensation from injury, loss, or damages as a result of an animal attack.