TikTok and the Law 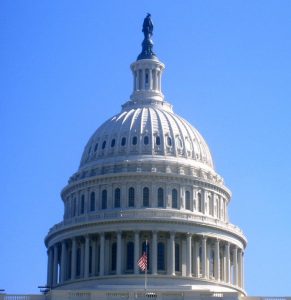 Bashed with accusations of violating children’s privacy laws and frowned upon by President Trump, the Chinese owned app has been battling in court rooms ever since its boom onto the social media scene in 2014 as Bytedance, then later renamed TikTok.

Last year, TikTok was ordered to pay $5.7 million in settlements for violating children’s privacy laws, according to the Federal Trade Commission. Since then, TikTok users must be 13 to be able to use the app and parental approval is required for those under the legal age to use the app. In that court hearing, the FTC stated that TikTok, owned by the Chinese, gathered children’s private data illegally and refrained from getting parental permission before downloading the app, which violates the COPPA (the Children’s Online Privacy Protection Act). According to the governing entity, any app, media platform, or website that targets children, must gain parental consent for users under 13 when their personal information is to be shared.

In the United States, almost all social network and online services require users to give their consent by agreeing to the terms that disallow children under 13 to use the app or service. This was not the case for TikTok, which was aware of the millions of children under 13 were using the app without parental consent, as it gathered names, email addresses, and lots of other private information.

How does China monitor its Activities?

According to the 2017 national intelligence law, Chinese companies must meet government intelligence standards by the ruling Communist Party, which has the authority to request all data gathered by Btyedance, in this case TikTok. If denied, the app would no longer be allowed to operate in China. The Chinese communist party make companies such as TikTok, liable for the censorship of the content on their platforms. This poses a potential threat as the Chinese communist government could easily obtain the personal information of all app users. But why? Simply to control and monitor the activities and whereabouts of the users. TikTok denies such activity.

In some countries such as India, some 60 apps belonging to Chinese countries have been banned on  the grounds that they pose a serious threat to their national security. Pakistan and Hong Kong have also banned the TikTok app from operating.

According to a 2019 study, TikTokers aged 16-25 represent 41% of its users, with 56% being male and 44% female. The TikToker global audience below the age of 34 stands at 50%, with users ranging between 18-42 at 26%. The Chinese represent 80% of TikTok app screen time. Regardless, TikTok is the most popular and widespread app belonging to the Chinese and ruled by the Chinese Communist Party and at present, TikTok has over 800 million users with over 2 billion downloads worldwide.

TikTok hit the U.S. through a deal in 2017 when ByteDance purchased the Shanghai-headquartered app called Musical.ly. It then merged with Douyin, another similar app operating in the Chinese market, and renamed it TikTok in 2018. Since 2019, CFIUS (The Committee on Foreign Investment in the U.S.) has been investigating the original purchase agreement for possible threats to U.S. national security.

In August 2020, President Trump’s administration, through an executive order, set out to block the TikTok app in the United States, alleging it was stealing the personal information of its American users.

The lawsuit centers on the fact that TikTok was never afforded due process before Trump issued the executive order and that the order was conducted secretly with no prior public mention. However, Trump acted under a matter of national security, which weighs heavily in court and presidential decisions such as this are given wide latitude.

The aim of the lawsuit is to block the executive order and allow for TikTok to continue operating in the United States and allow Bytedance to divest and strike a good deal with investors.

Regardless of any legal outcomes, TikTok has had a flawless year which capitalized on the COVID-19 pandemic and quarantine. It has spread like wildfire across the United States and now has many adults and celebrities uploading videos onto its platform to bask under its virtual sun.

It will be interesting to see, which non-Chinese investors, such as Microsoft or Facebook, bite into the TikTok 100 million dollar pie.

Written for The Perazzo Law Firm