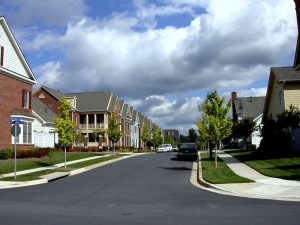 Rush Hour Mayhem Menacing Suburban Residents in Miami: Speeding and reckless driving is stirring mayhem in some of the most chill parts of Miami-Dade and South Florida. Coral Gables, for example, saw a pick-up truck lose control and barrel head-on into someone’s living room, leaving skid marks on the front porch. With driver’s on edge behind the wheel, seeking shortcuts while glancing down at their cell phones in a frantic attempt to reach their destinations quicker, joggers, bikers, pedestrians, and even homeowners need to be on high alert. Many residents of tranquil Miami-Dade and South Florida neighborhoods have been speaking out about the rage with which motorists are speeding through their quiet streets. One such neighborhood is Coral Gables, with has become a popular shortcut for those trying avoid Bird Avenue, Granada Boulevard and Riviera Drive. Apart from speeding, rush-hour motorists are blowing stop signs, dodging dog walkers, and acting as if cars were phone booths on wheels, with total disregard for the safety of pedestrians, joggers, and dog walkers. Coral Gables is not alone when it comes to rampant drivers cutting through the quiet streets. One of the main reasons for the sudden increase in the motorist mayhem is Waze, which helps anxious drivers find alternate routes with which to avoid traffic jams. Sadly, Waze is pointing these mad motorists into the easy-going arteries of South Florida suburbia. The result has been nothing but appalling to local residents, many of whom have suffered personal injury and property damage as a result of reckless and negligent motorists. In the meantime, city planners and engineers are scrambling for ways to calm frantic motorists down and lower the speeds at which they are operating their vehicles through suburban streets. Measures such as Traffic Calming, need to be taken in order to slow the steady rise in motor vehicle accidents in places such as Coral Gables, Palmetto, Coconut Grove, and many more suburban areas throughout Miami-Dade and South Florida. Speed bumps, speed cushions, raised intersections, as well as trees strategically placed along roadways are some of the options for preventing ravaged motorists from reaching havoc on pedestrians, joggers, cyclists, etc., that want to feel safe as they stroll, jog, or bike down their local suburban streets. A senior project manager at an engineering firm hard at work trying to ways of slowing motorists down in many major cities around the world, has found that roundabouts and speed tables are effective ways of forcing drivers to slow down. Lowering speed limits and adding street signs are also possible deterrents, however, motorists don’t always obey speed limits and street signs are hard for motorists to spot when they are distracted by cell phone use while behind the wheel. Sadly, building speed bumps and other measures are costly. Thus, building one speed bump on every street can mean hundreds of thousands of dollars worth of taxpayers  money. Ironically, local suburban residents that once cursed the presence of potholes on their streets, are now considering them a blessing; simply cause they slow down speedy drivers. South Miami has taken measures to slow down traffic by building speed bumps and posting ‘No-Right-Turn-at-Rush-Hour’ signs at strategic locations. Furthermore, the city is planning to narrow-down wide streets and it is in the process of painting “Sharrows’ which are markers painted on sidewalks so that pedestrians and bike riders can share common spaces. Residents main concern is for the children that play on the streets, the mothers pushing strollers, and those that once felt safe in suburbia, now at risk of being run-over by the maddened flow of rush hour traffic relying on Waze to show them the fastest way home.

If you, a family member or friend has been hurt in a car accident or suffered property damage as a result of an incident involving a motor vehicle in Miami, the Perazzo Law Firm urges you to contact us ONLINE for a FREE initial consultation.

THE PERAZZO LAW FIRM – DEDICATED TO PUTTING YOUR INTERESTS FIRST…ALWAYS!